25-April-2013
Today we had a really nice trip to the small town of Morteau, it is in the mountains not too far from here. This region was the watch making center of France for many years and developed a particular kind of clock called a Morbier or Comtoise clock. 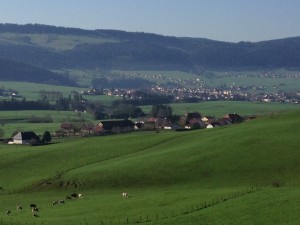 Here is what some of the country looks like around Morteau. It was a nice bus ride.

Many of the towns in this are used to be clock and watch making beehives but now have deteriorated and Morteau, even though it was not one of the biggest watch and clock making centers, has done a nice job of preserving their horological history while others have done not much at all. In particular, they had a large collection of watch making tools. But they also had good examples of a wide variety of horological items.

After the visit to this museum we had probably the best lunch we have had here put on by relatives of Yves Droz. See separate post in this when I get to it. 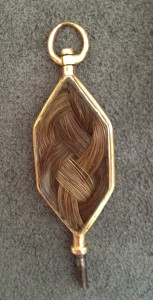 This key includes woven human hair. Sometimes they make pictures out of the hair.

Then, after lunch, we were really glad to walk a bit, so we had a short walk to the home of Yves Droz who has probably the world’s largest collection of watch keys. Some of you might be wondering what a watch keys is – well before the winding knob (that we all think of as being so common on watches) was invented people used to have to wind their watch with a key. I have never paid much attention to these things but it was. Astonishing how many different types of keys there are. It was very kind of these folks to host us in their home and nice to see how some people live here. 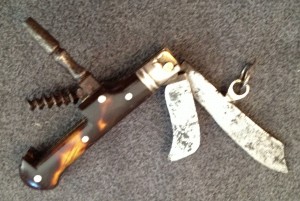 Here’s a key that looks like a Swiss Army knife. I am not sure when this was made but it is several hundred years old.

After seeing the keys we visited another small museum focused on watch making tools and process. – some interesting stuff.

Tomorrow we head south to Toulouse after a very long bus ride – around 9 hours.

Well I got to get packed and to bed for an early start in the morning.