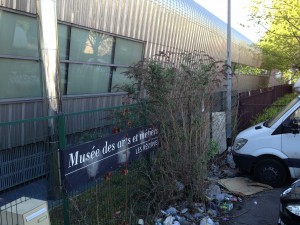 Not a very special looking building from the outside – don’t judge a book by it’s cover!

WOW! I didn’t think it could get much better it it sure did today. We traveled only about 30 min north of the Otel to the Depot for the Conservatoire National des Arts et Métiers – the French Museum of Science and Industry. This place is chartered with preserving scientific history and the depot stores all the stuff that they can’t fit in the museum. We saw the museum last Thursday, 18th. This depot is a first rate preservation restoration facility. 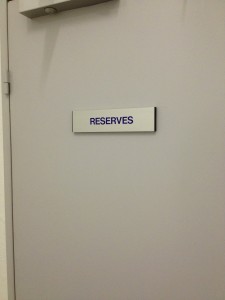 Behind these closed doors . . .

Well, this place was over the top. The director of the depot gave us a general feel for how they take care of everything and showed us some of the laboratories, work areas and items they have been working on. They have 60,000 items in their database, 20,000 of them are clocks.

He also showed us a few interesting items such as a Hollerith machine which was an early type of calculating machine that was used for counting in the census. The interesting thing about this is that the cards used were the type that eventually led to the use of cards for programming computers – some of us old guys remember using them in college. 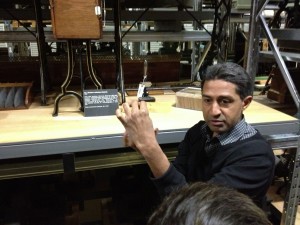 Here he is telling us about a Hollerith machine right behind him.

Then, amazingly enough, he showed us the clock area of the storeroom and allowed us to wander and look to our hearts content. So, for two hours we were allowed to walk amongst and look at some of the most amazing stuff in history. This is a prettymigh security facility that not many people ever get to evem go inside, and we were given liberty to walk around without escort. 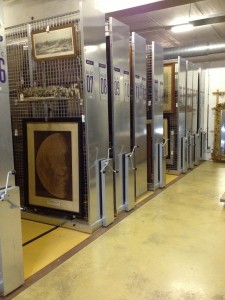 Unfortunately, I can’t post pictures of specific things, because that would be a kin to publishing, but I have included some general pictures to give you a feel for the place.
I took 455 photos- that should tell you how much there was to see. Among the things we saw, other than clocks, were some old cars, old movie cameras, and television tubes – this was kind of funny because they didn’t seem that old but they were certainly obsolete from our society. Some of the stuff that I liked were really old globes, telescopes, and tools. 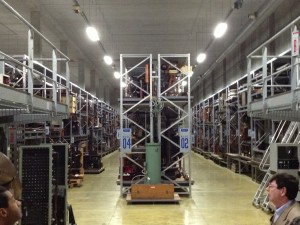 I am going to have to say that this visit will change my life – perhaps in a small way or perhaps large – but the knowledge that this kind of stuff exists and that people are working to preserve and restore it – that makes me want to help that in as big a way as I can.

That’s all for now although we did see an awesome clock store downtown Paris. Tomorrow we leave Paris and go to Versailles and then on to Besacon.